In October 2007, I had the good fortune to meet a very sweet and inspirational man: David Elmore Smith.

David was sexually molested as a child and lost his mother when he was 17. Yet, at 650 pounds, he found the courage to lose 400 pounds and he told his story to the world. David and I met when we were on Oprah, and he went on to do many other TV appearances, including the TLC documentary, “650-Pound Virgin.”

David has been out of the spotlight for a few years, but he resurfaced on the Today show Wednesday, having gained 300 pounds. In this Huffington Post article, there is a link to the Today video, and below is an excerpt of his sad, yet very honest, truth.

“All my life I was this monster in my head and all of a sudden to be this good looking guy, it blew my mind away, I didn’t know how to deal with it,” he said. Smith also felt like “a terrible mess” on the inside, and eventually turned to alcohol and drugs to cope, “Today” reports.

When those outlets didn’t help, he turned once again to food. “A lot of people were counting on me to be inspiring, and I didn’t want to let anybody down. But I just felt so bad, I didn’t know how to cope,” he says. 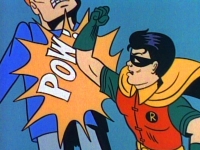 Weight doesn’t disappear. It hides, waiting for you to feed it your fear. David’s gain put me face-to-face with my own 20-pound gain and the 150 other pounds lurking in the dark recesses of my mind.

I’ve searched (not as desperately as I think I have) for a reason for my gain. Something outside me I can blame. But the truth lies not in what I eat or my reluctance to move or the pain of arthritis or perimenopause. The truth is deep inside me and buried in mistrust, and David’s truth has nudged me to at least admit that (lately) I’ve been walking – zombie-like – down the path I swerved to avoid seven years ago. When school/family/friends/love and all its ensuing conflict/euphoria/worry/obligation piled up and I couldn’t sort through it all like laundry, I looked longingly back, like Lot’s wife, at the path of “How I Used To Live” and turned into a 20-pound pillar of salt, with the very real potential of adding 150 more.

Losing weight and, more importantly, keeping it off, takes a lot of concentration. Yeah, yeah…it takes determination and motivation and inspiration and all the other “tions” you can name, but first and foremost it takes concentration.

A lot of people were counting on me to be inspiring…

I want to inspire, but I’m as vulnerable and flawed as anyone on this path, including David. And that truth in and of itself is inspiring. I wish David all the love and self-care he can find as he works through his “terrible mess,” and I hope he finds the truth that lies beneath, the one I could see in his smile and in his eyes when I met him: kindness, sincerity, and a strong desire to live.